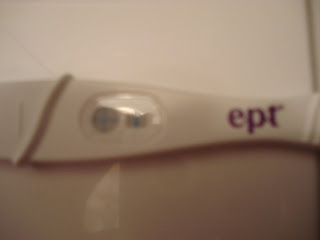 The insemination was fifteen days ago. On the other tries, the blood flowed on day 14, so once we made it through yesterday, then through last night, then most of today, we were hopeful enough to do the pee test when she got home from work.

We'll call the doc's office in the morning and see what's next. I told Nerdstar she just has to keep it in there! No letting it fall out :-)

I'm happy, but cautiously so. I know that it could just as easily end tomorrow, or the next day. I'm not sure when I stop holding my breath so to speak. I know I'll cry when there's a sonogram - but it probably won't feel real before then. Although, we're already talking to it!

Congratulations. This is great news.

Congratulations! When she starts feeling sick, you know for sure she's preggers.